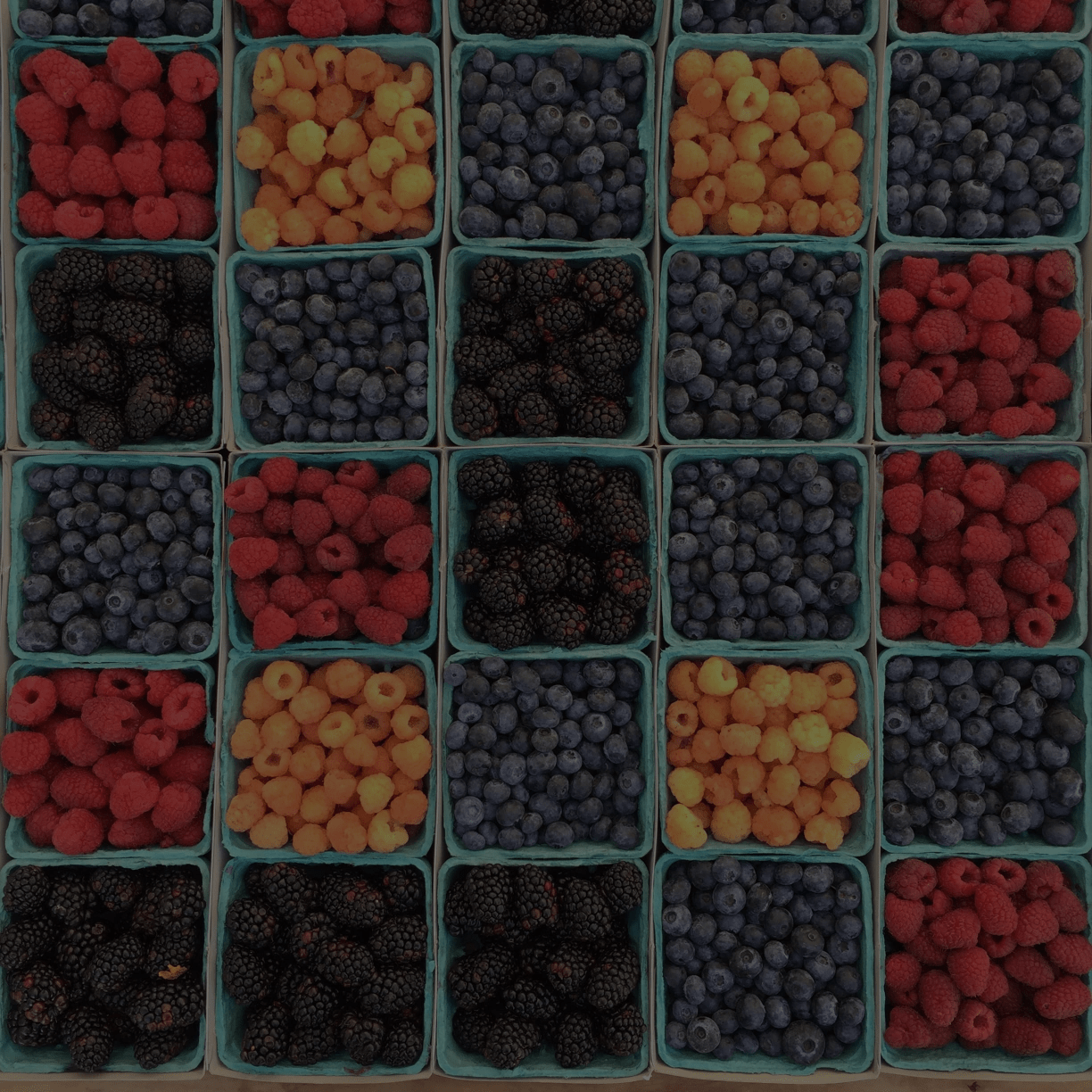 Installing other DEs in Nitrux

During last month’s release of Nitrux, we made available a minimal ISO to let users install Nitrux and install a different desktop environment and a selection of applications than the ones we include by default. We figured it’d be simpler since we don’t plan to release additional ISO images with other desktop environments.

Nonetheless, let me start by stating the following.

Our primary focus is with Plasma and MauiKit.

You can check the release announcement of the minimal ISO and its first update.

As we mentioned in the changelog, this minimal ISO comes with the following installed:

We emphasize that this is not a new edition, version, or anything in between of the distribution. It is a barebones Nitrux ISO image.

What is a desktop environment?

In computing, a desktop environment (DE) implements the desktop metaphor of a bundle of programs running on top of a computer operating system that shares a standard graphical user interface (GUI), sometimes described as a graphical shell.

With that said, let’s see how you can add other DE’s to Nitrux.

To install other DEs using their respective meta-packages, run one of the following commands. If desired, remove –no-install-recommends to include non-essential packages.

To illustrate an example, we installed the XFCE 4 desktop using the command above, which is now available as a session in SDDM. 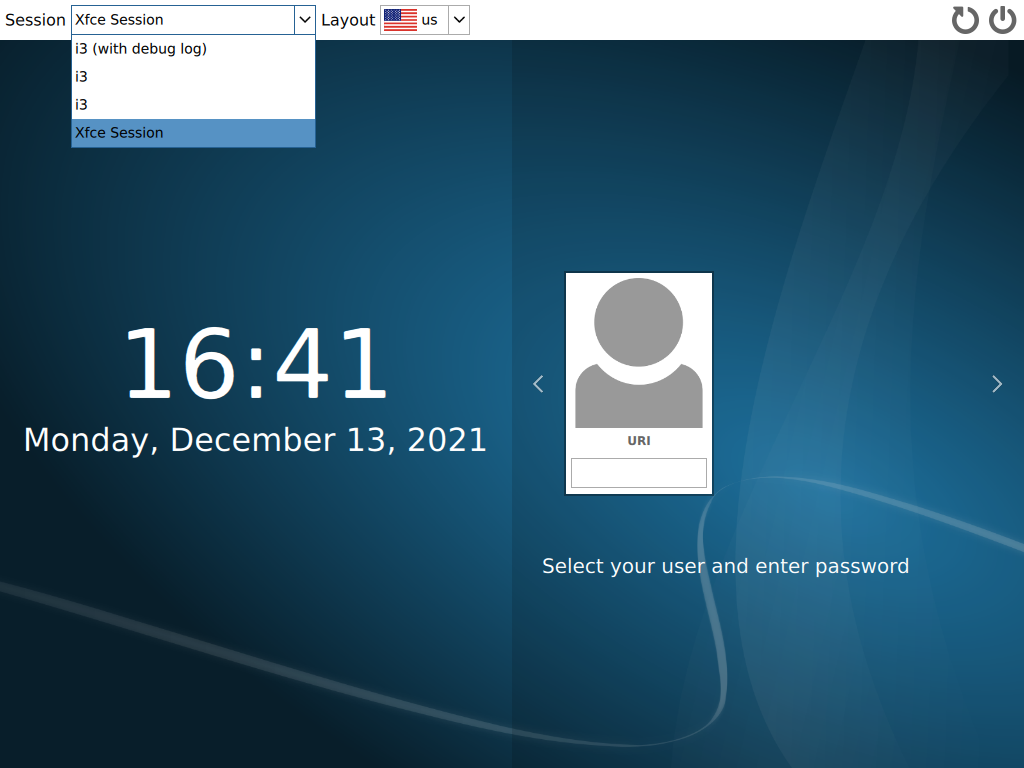 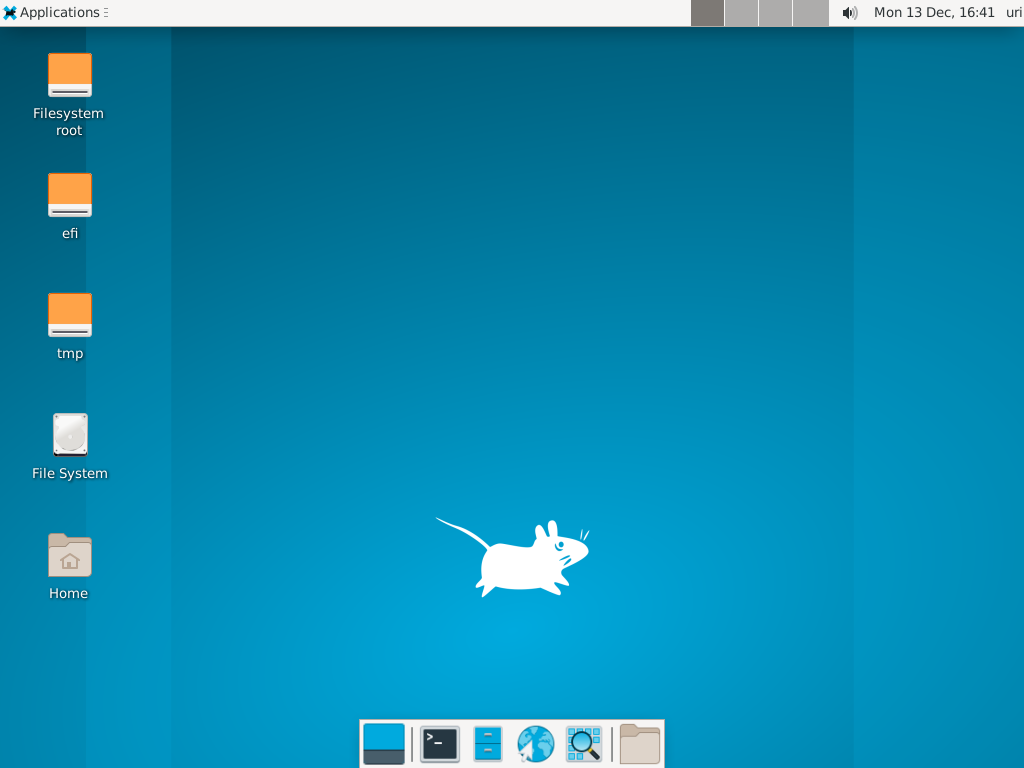 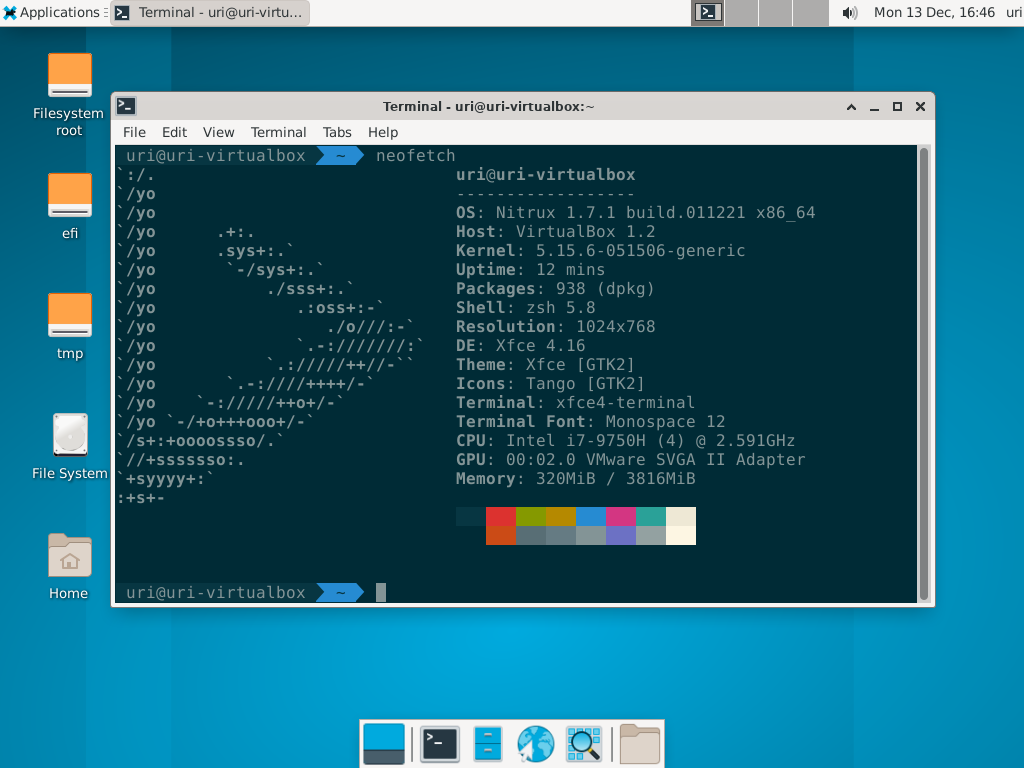 From this point forward, you can then install whatever software selection you want and customize your system.

To change the desktop session in SDDM, edit the configuration file in /etc/sddm.conf and change the line ‘Session=’ to one of the X Sessions listed in /usr/share/xsessions, since we installed XFCE 4 we enter xfce. 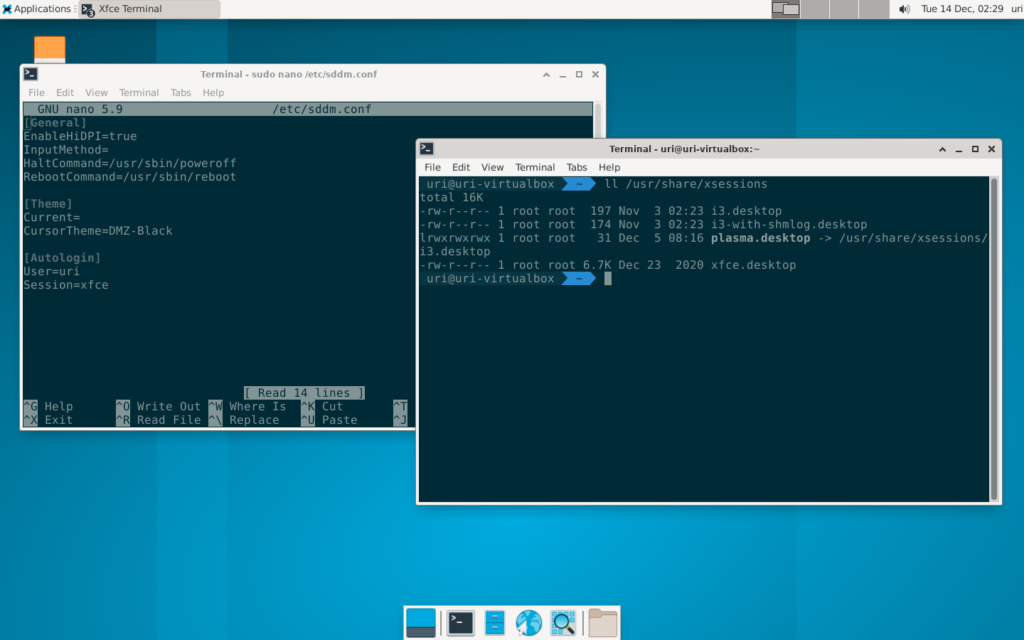 Adding a wireless connection in i3

If you’re installing Nitrux using the minimal ISO on a computer without an Ethernet connection, you will need to use the command line program nmtui to set up your wireless connection. nmtui is a curses‐based TUI application for interacting with NetworkManager.

Open a terminal window and run the following command. 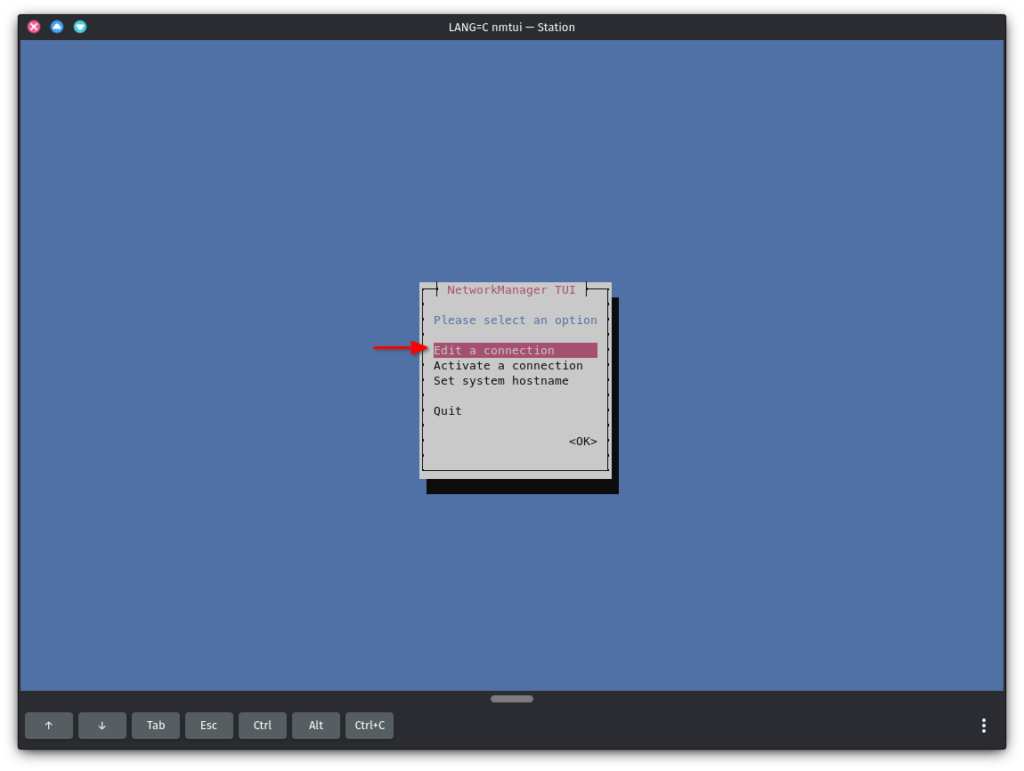 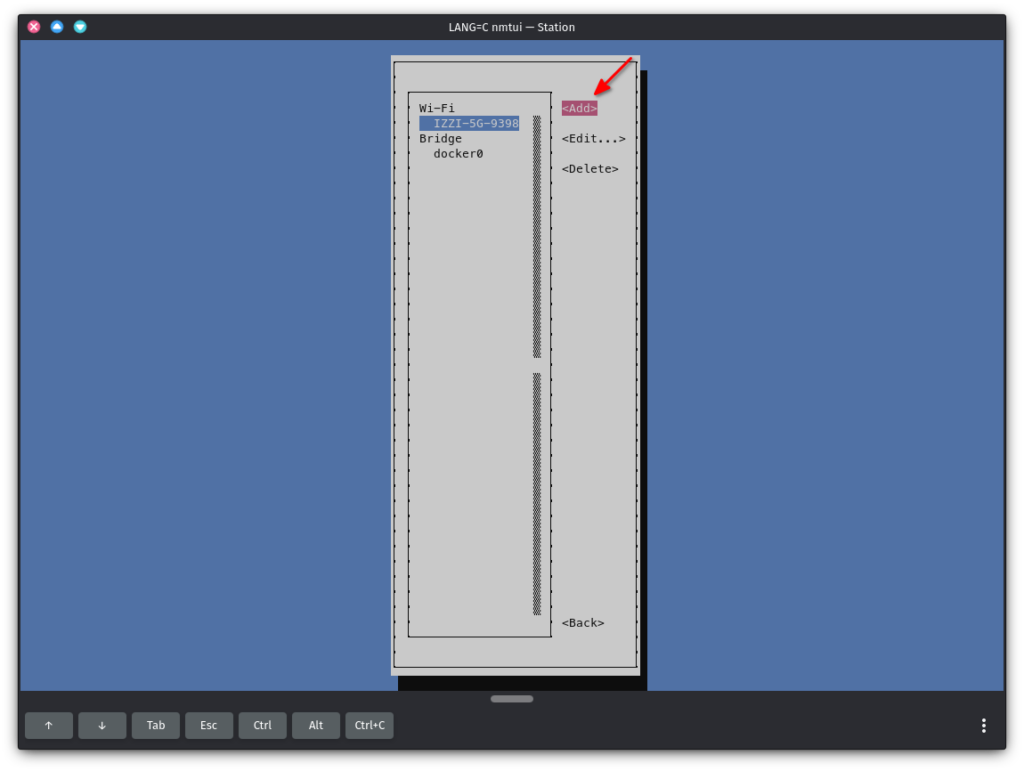 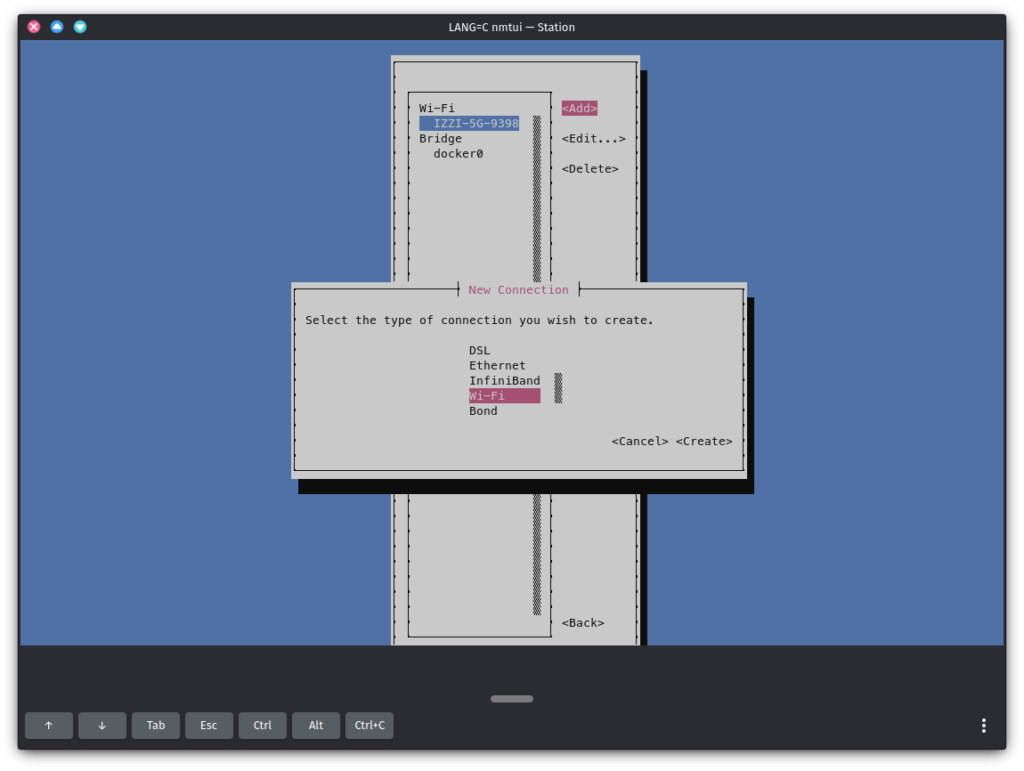 It’s important to add the wireless device you want to use with the connection, typically this is called wlan0 but yours may vary, to know what it’s called run the following command. 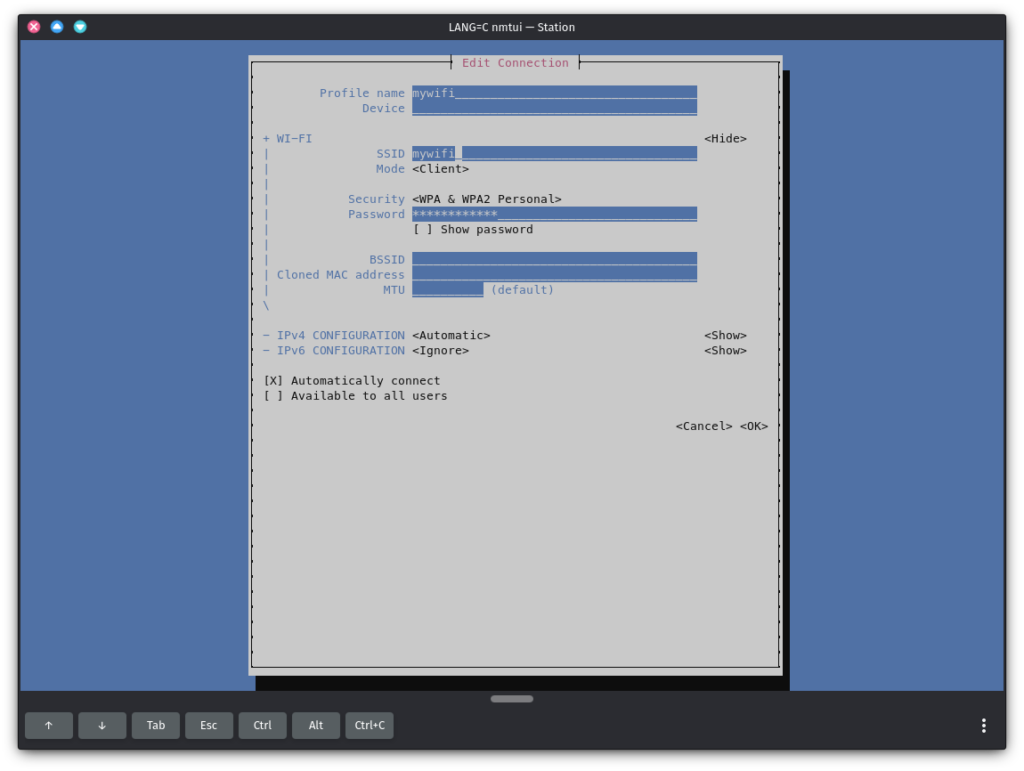 To activate go back to the first menu and select Activate connection then from the list of connections highlight your new connection and press Enter. 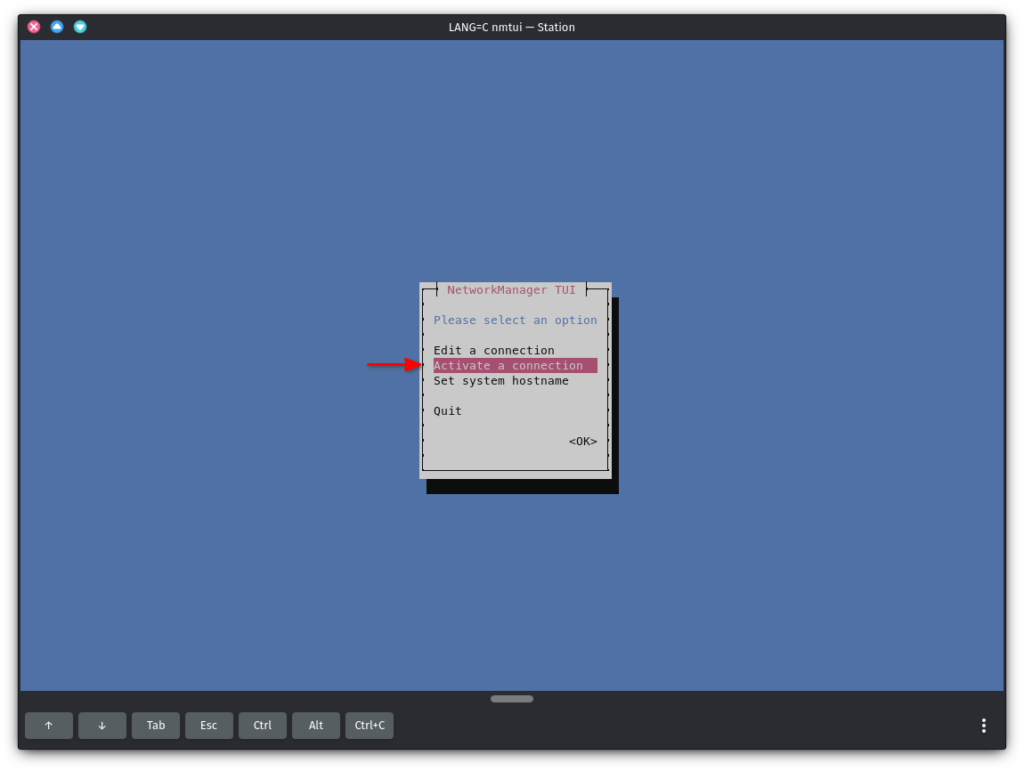 Finally restart the relevant services, to do that run the following commands.

And to test the connection, run the following command.

If appimaged does not start when you log in, disable the currently enabled entry (highlighted below) in Settings>Session and Startup and create a new entry. 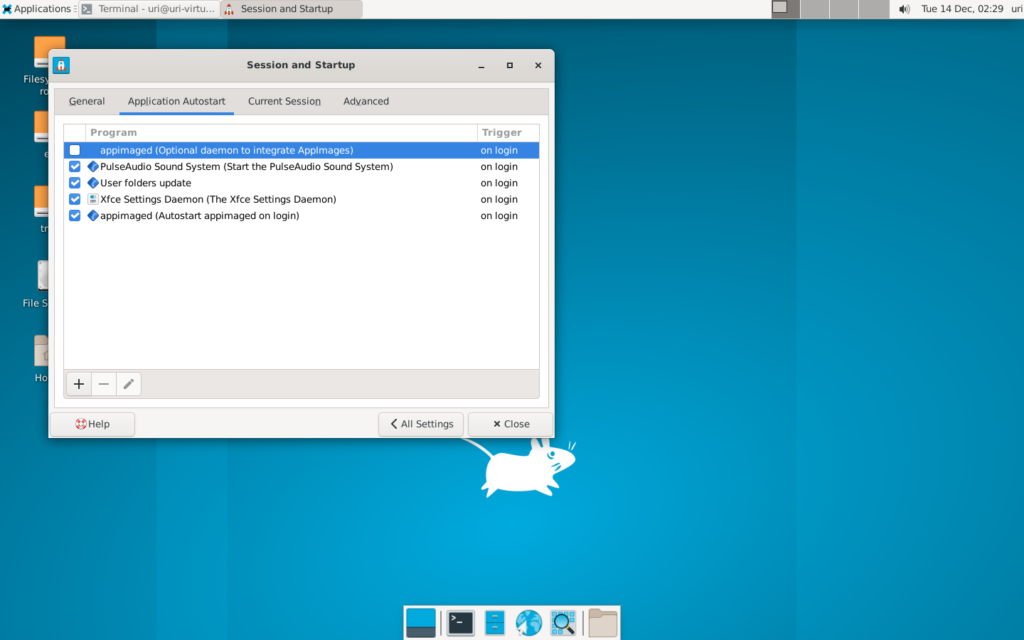 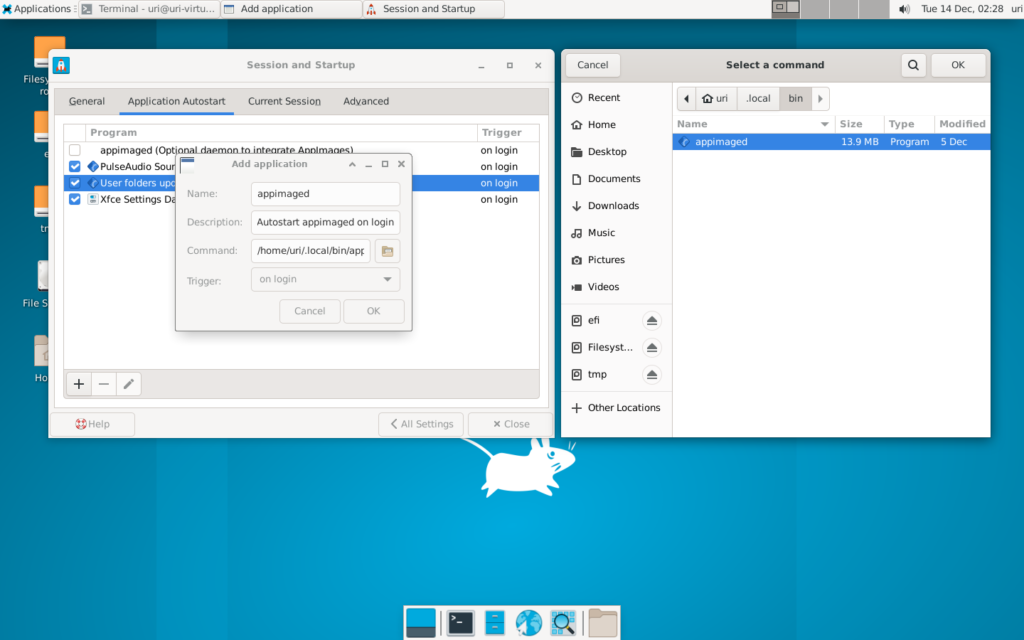 That’s it; this concludes today’s tutorial.